April 22, 2017
Chemotherapy-induced alopecia (CIA) causes psychosocial stress and changes in self-esteem. Some patients will even refuse treatment because of fear of hair loss. CIA is usually reversible and regrowth can be observed within 3–6 months after chemotherapy cessation.

Alopecia depends on the specific agent, the dose and duration of therapy, the route by which it is administered and the response of the individual. Certain classes of chemotherapy agents are known to cause alopecia more readily. The typical agents include alkylating agents, anthracyclines, antibiotics, antimetabolites, vinca alkaloids and taxanes. 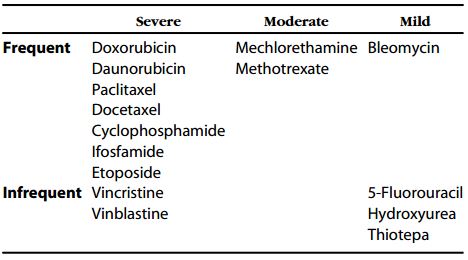 Scalp cooling:
Scalp cooling was introduced in the 1970's 1. It is a relatively easy way to prevent hair loss caused by certain chemotherapy drugs. The latter targets rapidly dividing cells indiscriminately thus killing tumour cells but also attacking hair follicles, resulting in alopecia (hair loss) in around 2 weeks (1-4 weeks) after the beginning of the chemotherapy.

Mechanism:
A "cooling cap" is worn and the temperature is decreased to around 22°C and maintained immediately before, during and after the administration of the chemotherapeutic agents. This causes vasoconstriction and decreases the blood flow (20-40% less) to the hair follicles thus decreasing the concentration of the drugs delivered there. The lower temperature also slows down the metabolism of the cells in that region and eventually both of these factors are responsible for a lower cytotoxicity. 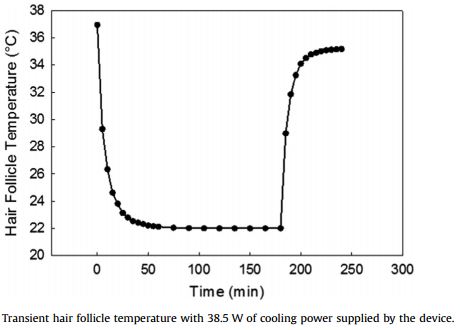 The 2 FDA approved devices are:

The Paxman system consists of a refrigeration unit that circulates fluid with a temperature of  -5°C through a light weight silicone cap while in the Dignicap system the coolant is circulated at a temperature between 3 and 8°C.

A recent randomized clinical trial, the SCALP trial 2, concluded that women who underwent scalp cooling were significantly more likely to have less than 50% hair loss after chemotherapy compared to those who did not receive scalp cooling.

Popular posts from this blog

January 01, 2017
Gastric varices are called GOVs (Gastro Oesophageal Varices) if they happen to be present in continuity with esophageal varices.
They are called IGVs (Isolated  Gastric Varices) if found in isolated clusters in the stomach.

Below is a diagram reminding us the anatomical terms in the above classification.


GOV1 are most common type of gastric varices and are often seen together with large esophageal varices. They occur when there are anastomoses between the left gastric vein and the deep submucosal veins in the gastric zone.